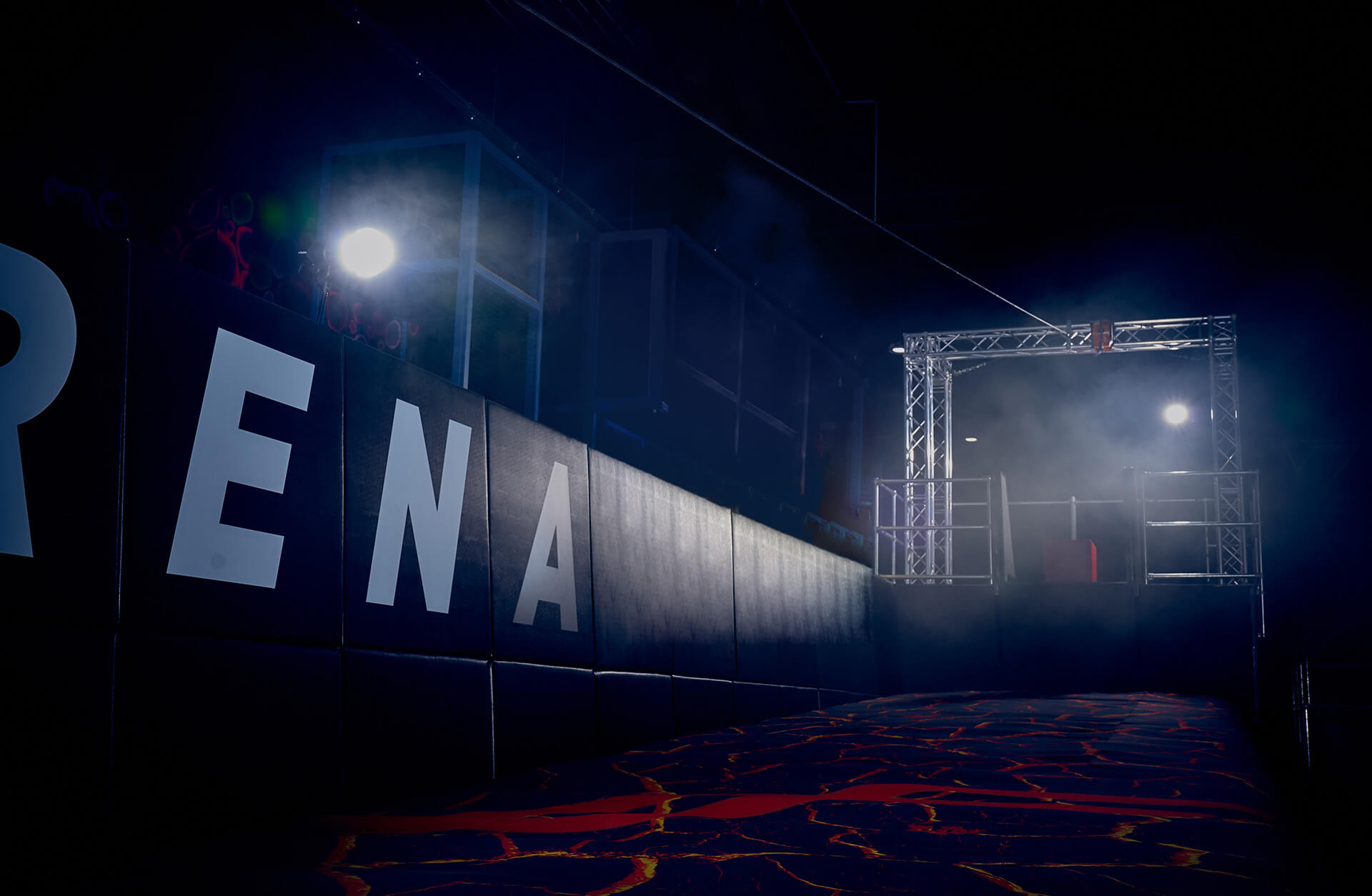 How to combine attractions in a trampoline park? Trampoline park design - What should you know?

Regardless of the size of the trampoline park, you should first make sure that its theme will attract the attention of all customers. Read more about this in our blog post - Indoor Playgrounds - What theme to choose? To take the fun to the next level, it's worth including climbing walls, Ninja Tag, and interactive games in the park's plans. All attractions should be certified to guarantee high quality for visitors. We have prepared for you an exemplary project of a trampoline park, which perfectly combines trampolines with other attractions. Divided into a dozen or so zones, its space is impressively developed on the area of 2103 m2.

However, we cannot forget that every trampoline park should have trampolines of different sizes, due to the fact that they are the main source of income and satisfaction of visitors. Choosing different shapes and sizes will ensure that customers of different age groups will visit your park. This is the best attraction to practice freestyle jumps, tricks and running on the wall. Jump Wall zone consists of 4 large trampolines, which addict users from the first moments. Vertical walls, not only separate individual trampolines from each other, but also provide cushioning for the jumper practicing his latest tricks. Jump Wall is integrated with various sizes of trampolines. It is worth noting that the wall can be used not only for jumping, but also for running. Trying to run up to the highest point of the wall is quite a challenge for every user. The entertainment can be used by children and teenagers.

In the Slum Dunk zone there are two full-size basketball courts. The attraction combines the game of basketball and trampolines. Three jumps and one bounce are enough to throw the ball into the basket in an impressive way! You can also do it in a more interesting way by adding some of your own agility around the back or legs. The users' imagination has no limits. The zone is surrounded by special walls all around, which ensures that the ball will not run away from the track of play.

In the next zone was placed real obstacle course - Challenge Track. The trampoline used under the attraction allows you to bounce freely and avoid obstacles placed along the route. Challenge Track is a challenge for every age group. Cylinders on springs, merry-go-rounds with obstacles, or various types of blocks to pass placed at height are the test of a true Ninja. Testing your agility, endurance, strength and coordination is an incentive for future users of your trampoline park. It is important to note that the obstacle course is a place designed for competition. The track must be completed in the fastest time possible.

Dodgeball is a place where flat and sloping trampolines create a field to play in the so-called knockout. Thanks to the fact that the space is covered with special nets, the balls do not escape, remaining in the place of fun.

Users who want to take part in the game are divided into two teams. With the help of soft balls, it is necessary to eliminate the opposing team. Sloping trampolines placed on two sides of the attraction, make you perform technical elements such as high jumps, dodges, and passes in the fun. Also, think about equipping the arena with interactive whiteboards or basketball hoops, turning the place into a completely different sports area. Dodgeball can also be used for fitness classes.

In a trampoline park, interactive attractions cannot be missing. Digitalization has led to the increased availability of electronic devices even in places designed for children's play. Valo Jump is a combination of jumping on trampolines with interactive challenges that will be displayed to the user on the screen. Because the platform is integrated into the screen, sensors capture the user's movements, transporting them to virtual reality. It should be noted that Valo Jump is a functional attraction because of the versatility it offers even in a small space. It's a way to help park owners increase their competitive edge, but also gain additional space.

The use of technology can also be seen in Cardio Wall. Interactive sets built into the wall are mounted on sensors, offering a choice of over a dozen games. This is an excellent opportunity to be able to compete against each other on many levels. In addition to the interactive games, the attraction can have handles and become a climbing wall - Valo Climb. The choice of an appropriate theme will take users to a new world.

Trampoline parks are a place where you cannot miss various types of trampolines. One of the attractions that plays a key role are the elongated trampolines - Tumbling Lane. A perfect attraction for beginners as well as those advanced jumpers and gymnasts. The longer the lane, the more fun it is for users. Longitudinal trampolines can occur as a separate zone, but also integrated with other attractions.

The success of a trampoline park depends on the choice of concept, which will be a great field for each trampoline park user. The Main Area design is great for the acrobat and gymnast. The network of trampolines arranged close to each other and additionally enriched with foam and mobile obstacles makes playing on trampolines an excellent form of activity for people of all ages.

Jumping into a pool filled to the brim with soft and light foam is great fun for the youngest. In addition to the foams, the X Zone can be enlivened with attractions such as Air Bag, Jump Tower and Slack Line. There are many combinations. Stunt Area project depends on customer preference and the capabilities of the trampoline park.

Climbing walls have reigned in the entertainment industry for many years. However, it is a surprise that they function so well in trampoline parks. Due to the fact that parks are associated with trampolines, climbing walls are both surprising and fun for visitors. If you want your park to include a climbing area, you need to provide training and the right equipment for those interested.

Climbing Wall is individually designed to suit your needs. The choice of motifs and shapes depends on the customer's preferences.

Every acrobat dreams about being able to jump into a pool filled with soft foam after jumping into the air. The ability to perform complex flips is something that clients of trampoline parks expect. The Trapeze Swing design not only allows you to float high with a swing, but also to make a spectacular jump as high as possible!

Putting the right attractions together without the help of experts is a difficult task. By trusting the manufacturer of the trampoline park - Global Fun Sports you can be sure that each concept will have a wide range of attractions for children, but also for adults. Find out how much you can gain by being the owner of a business that brings a stable income. How to choose the right trampoline manufacturer?

8 benefits of investing in a trampoline park Our website uses cookies, thanks to which we can provide services at the highest level More
Accept